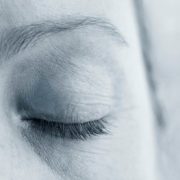 As our name implies, Get the Data is concerned with collecting and understanding quantitative empirical data. At the expense reprising scholarly debates about objectivity and truth, it is the Western empirical tradition that informs our research and the work of our clients who are engaged in criminal justice policy and practice. In other words, we want to measure things that can be touched, seen and realized by our senses.

Since the early 90s, much of my work has been the production of empirical data on the operation of the criminal justice system. As a young Home Office researcher, I cut my teeth in the back row of Sunderland magistrates’ court counting the reasons for cracked and ineffective trials. And it continued from there: reviewing police counting rules, measuring youth re-offending, tracking the attrition of DNA evidence from a crime scene to conviction in court.

The development of criminal justice policy demands the rigor of these empirical measures. So, I am proud of my colleagues who provide cutting-edge social impact analytics to a range of clients, from the Ministry of Justice and Sodexo Justice Services to smaller not-for-profits who work with offenders, such as Street Soccer Academy and Best for Pets.

That said, I was struck by two guest blogs that we published earlier this year.  Both Ilham Askia and Prof. Darrick Joliffe wrote about the growing interest in understanding the importance of the relationship between public defenders and offender managers and their respective clients.  Understanding the importance of these relationships is a departure from the measurement of objective outcomes that are recorded in either a police custody suite or pronounced in the court, and I am delighted that GtD is at the forefront of this innovative work.

A few years ago, I read “More Than Eyes Can See”, Rhidian Brook’s account of his nine-month journey in Africa, India, China and the U.S. to detail the Salvation Army’s response to the world-wide AIDs pandemic. By his own account, Brook was initially critical of the efficiency and effectiveness of local efforts to bring relief to those with HIV/AIDS and their families who were often ostracized by the community. Slowly he realized that for many there could be no “good” outcome: there is no cure and palliative care is too expensive for the most vulnerable.  So, in his words he admitted that, “I was slow to spot it really – focused as I was on empirical ways of measuring success – but [it was] the small acts of kindness that were holding things together. They weren’t the added extra, the bonus; they were it … After a while I stopped trying to measure the efficiency of these visits and see them for what they were: self-giving, sweaty acts of love”.

Relationships matter, even if just for their own sake. If the relationship between your organization and its clients is important to you, then please contact either Jack or me. We will be happy to discuss our ground-breaking approaches to measuring those things “that the eye cannot see”. 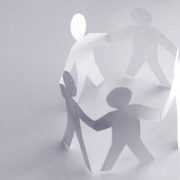 We are delighted to welcome Prof Darrick Jolliffe, Professor of Criminology at the University of Greenwich as a guest blogger. Prof Jolliffe has worked with GtD on our offender management work and here he discusses the role of relationships in that work.

Positive relationships have the power to change us. This is not just the catchy slogan of the International Coaching Federation, but something that resonates with all of us.  The constructive relationships that we have, or have had with our parents, teachers, friends and colleagues not only define our interactions with them, but our interactions with all others, while defining who we see ourselves to be. Translating this ‘common sense fact’ into the management of those who have committed offences has an extensive history, and some would argue is the bedrock on which the probation service was founded. However, like many things that are common sense, such as we only use 10% of our brains, and carrots provide good eyesight, the suggestion that if ‘offenders’ have a positive relationship with those providing their supervision they will have more positive outcomes, the actual relationship might actually be a bit more complicated.

I was invited by Get the Data Director Jack Catell to speak their event, ‘Transforming Rehabilitation – Learning from the PbR results’, about my experience of attempting to capture the evidence that positive relationships between offenders and offender managers results in definable benefits. This was something that I first worked on over a decade ago, having first been commissioned by the Home Office to develop an Offender Management Feedback Questionnaire, which was a series of questions that asked offenders about their engagement with their named offender manager. I was subsequently commissioned to work on revised versions, and also helped develop a mirror version which asked about how offender managers viewed the relationship that offenders had with probation.

Some findings fit with expectation, for example, female offenders consistently had more positive relationships with offender managers than males, and the longer that an offender had spent on probation the more they felt they had developed positive relationships and acquired useful skills.  However, some findings were very far from expected, for example, those who reported greater engagement with probation were not less likely to reoffend, and even more concerning, or at least confusing, those who reported greater acquisition of skills while on probation were significantly more likely to reoffend.

How do we reconcile these findings with what we know about the power of positive relationships?  Well, I don’t think there is an easy answer here.  I suspect that positive relationships with offender managers are important for offenders, but they may not be important enough to have an impact on a blunt measure such as reoffending over and above the other issues that many of these people are facing in their lives.  We put the finding, that those who reported greater acquisition of skills were more likely to reoffend, down to offender’s overly optimistic view of how easy it would be to continue to stay crime free.  When we looked more closely at the scores of the questionnaires, it was the items which referred specifically to acquiring skills which would reduce later reoffending that those who reoffended tended to endorse more strongly – almost as though they were trying to convince themselves of their ability to stay on the straight and narrow.

Reflecting back on this work, I am really proud of what we did achieve, despite not getting the common sense result we all expected.  I think there would be a lot of mileage in revisiting the offender/offender manager relationship as a potential desistence tool, and if I was going to do this again I would be looking to measure changes in relationships (so administering items more than once) and see how these changes might relate to more short-term outcomes (e.g., offender’s motivation), as well as longer-term outcomes (e.g., reconviction).

We are delighted to announce a new contract to deliver our ground breaking social impact analytics to Sodexo Justice, a leading provider of justice services in the UK.

The purpose of our social impact analytics is to provide definitive evidence of an organisation’s impact on society by delivering predictive analyses and impact evaluation.  Under the newly signed contract, we will measure the effectiveness of Sodexo’s six Community Rehabilitation Companies in managing the risk associated with the offenders and delivering interventions that reduce their reoffending.

By understanding “what works?” in changing lives and delivering safer communities, our social impact analytics will also be used by Sodexo Justice to measure the impact of its services.  Sodexo Justice will be paid through a payment by results mechanism that measures its success in reducing reoffending.

Our founding director, Jack Cattell said, “We very much look forward to providing our social impact analytics to Sodexo Justice Services.  Our SIAs will provide offender managers with the information they require to manage resources and deliver high quality interventions to reduce reoffending.”