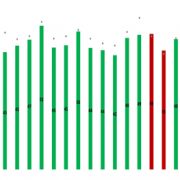 Last week, the Government announced the early termination of the CRCs’ contracts. Various bodies have criticised the new probation arrangements and some private companies have made substantial losses because the number of sentences they were asked to manage was lower than anticipated. We expect, therefore, the CRC’s reoffending rates to be poor given this context. My previous blogs after 3 and 6 months of results found the binary rate of reoffending to be down, but the frequency of reoffending to be up (both compared to 2011). This blog reviews what happened after 12 months of payment of by results.

Between Oct 2015 and September 2016, the CRCs collectively supported approximately 108,000 offenders who qualified for payment by results and 45.4% of these reoffended. Of those that reoffending, on average they committed 4.7 offences each. These results compare to an expected reoffending rate of 47.5% (the 2011 baseline rate) and an expected average number of offences of 4.2 (the average recorded 2011). In other words (and as previously concluded), there are fewer offenders but they are committing more offences. Only a handful of CRCs have performed differently to this overall picture. 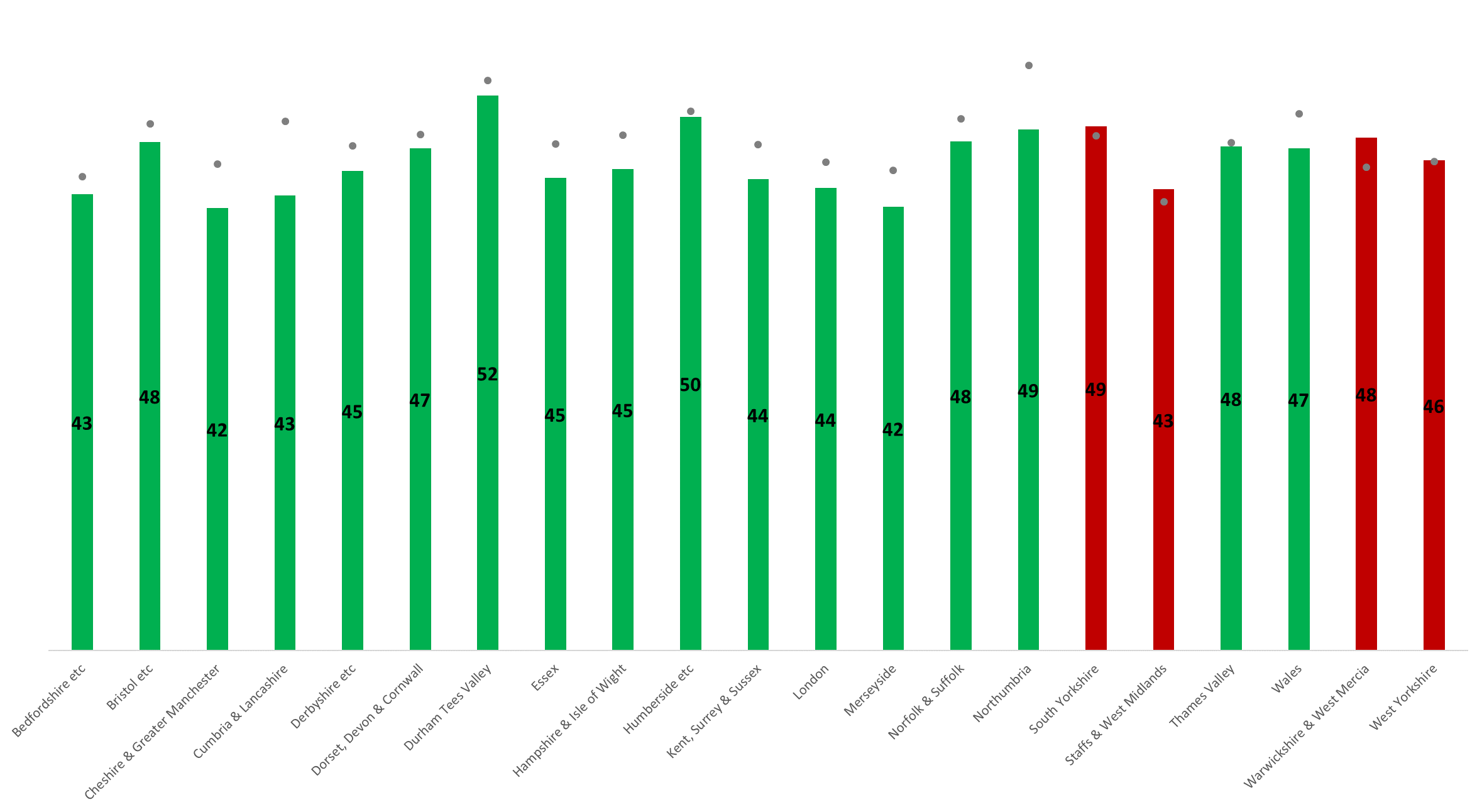 Figure 2 below describes the average number of reoffences in each CRC (the grey circle indicates the baseline average).

Figure 2: Average number of reoffences in each CRC (commencements Oct 2015 to Sept 2016) 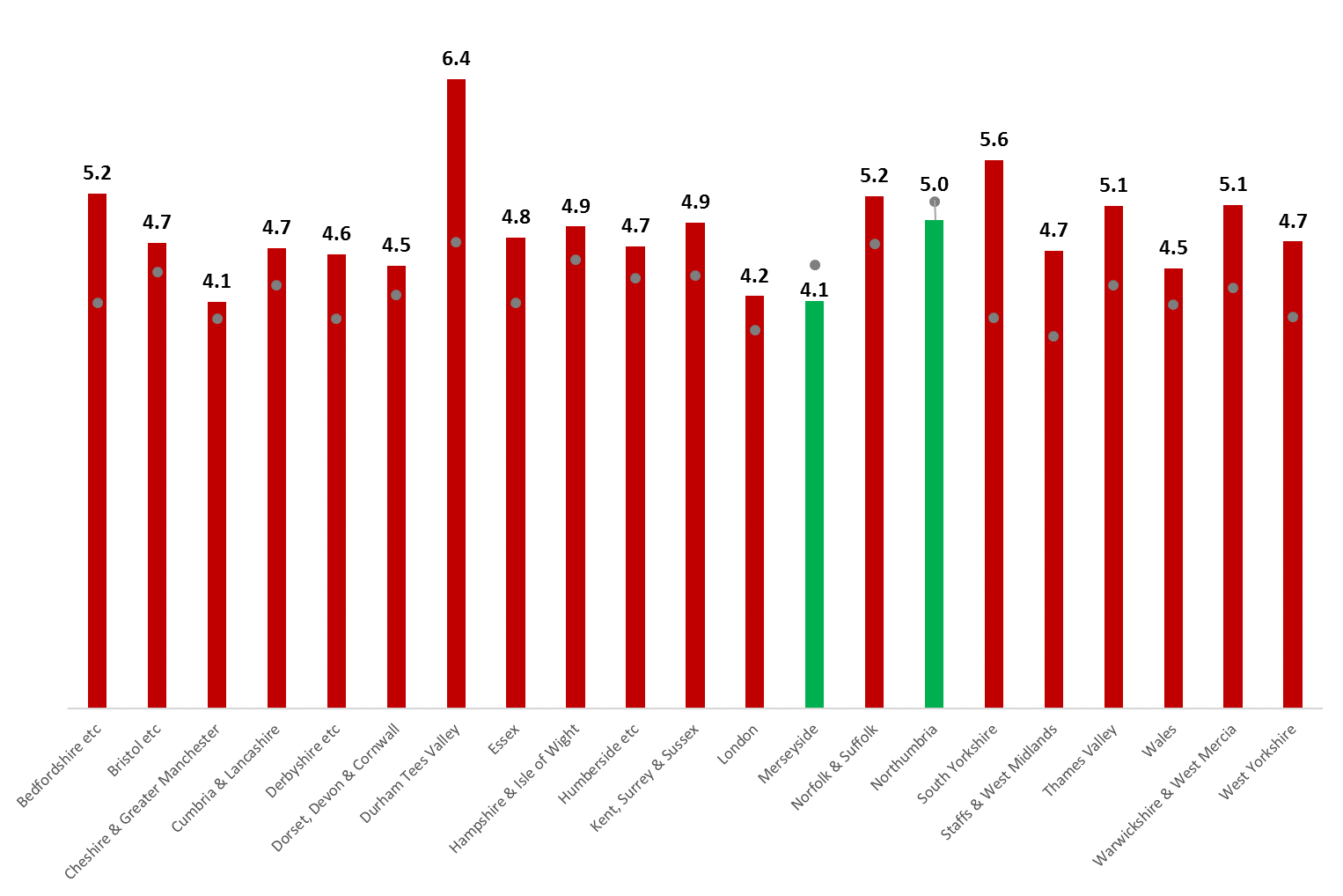 The general pattern in Figure 2 is the opposite of that shown in Figure 1: Nineteen CRCs recorded an average number of re-offences worse than the 2011 baseline (Durham Tees Valley and South Yorkshire substantially so). Just two CRCs beat the baseline average: Merseyside and Northumbria (the same two CRCs were the only ones to beat the baseline after 6 months). 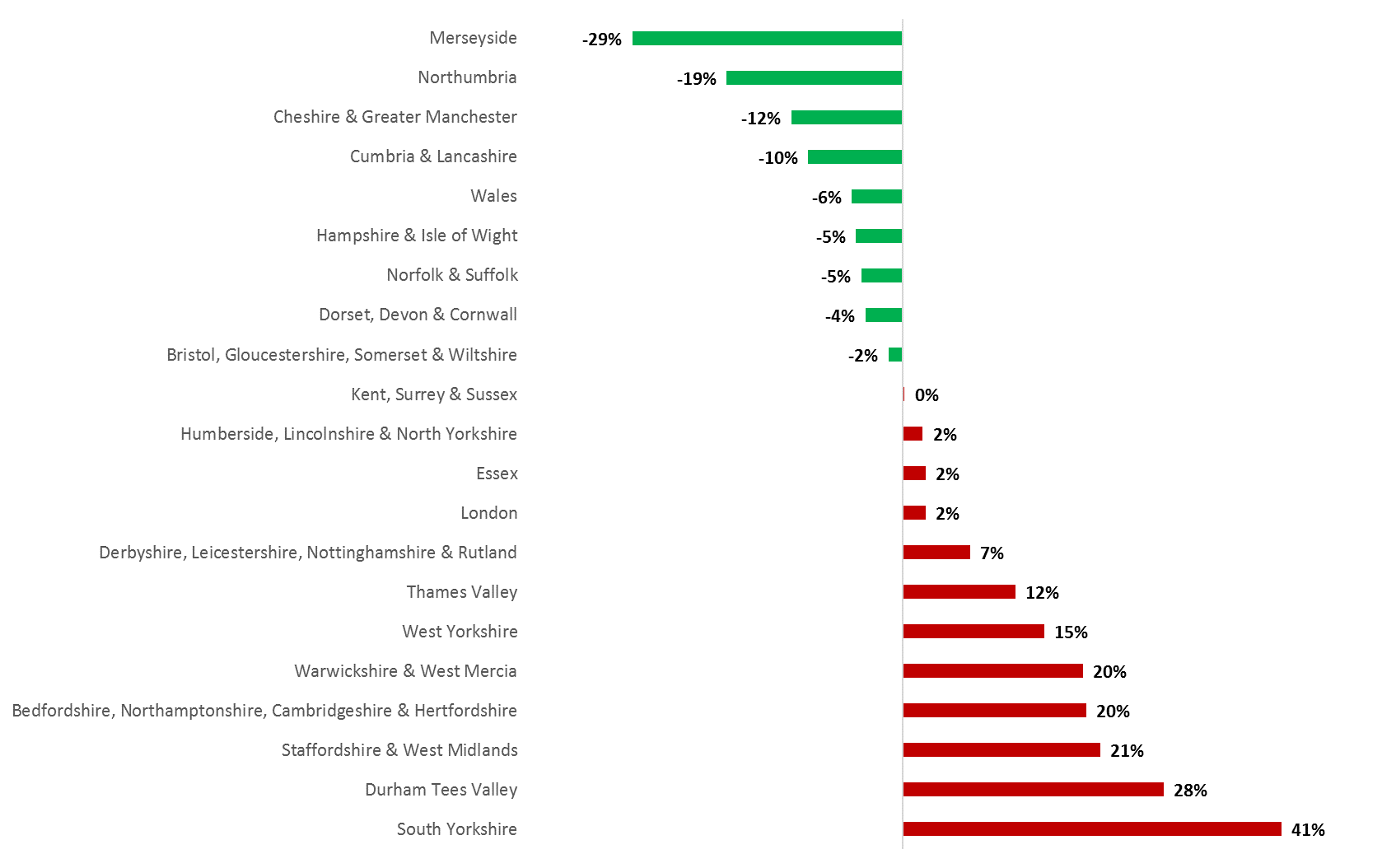 Nine CRCs recorded fewer re-offences than were expected. Merseyside was the best performer with a 29% reduction in offences. Northumbria (19%), Cheshire & Greater Manchester (12%) and Cumbria & Lancashire (10%) also recorded large reductions. The remaining 12 CRCs recorded more offences than expected. The increase was as high as 41% in South Yorkshire and 28% in Durham Tees Valley.

The macro trend across all CRCs was for fewer re-offenders but those that did were likely to commit more re-offences than previously. This meant that the CRCs’ recorded a small overall increase in the number of reoffences compared to 2011. Given the difficulties with transforming rehabilitation, the overall results suggest that these probably have not resulted in large increases in reoffending. Local CRC performance can influence results, and that might be why we see wide variation in the number of recorded reoffences compared to the expected number, but these effects were probably small compared to the macro effects. My experience suggests that the police forces are the biggest influence on local reoffending rates and in response to reduced resources many have prioritised high harm and priority offenders – this could explain the macro trends. Any CRC – current or under the future arrangements –  should therefore be fully aware of their local police force’s performance and the PCC’s crime plan.